It’s almost 6 in the morning. The end of december. I'm writing this now just to feel better. Aix-en-Provence is cold but I like where I'm living. Theres some nice view from my rooftop and some coolness in the evening. I heard that Ninja Theory built this nice little game, that ends in the desert. I'm living for nothing right now. I'm keeping this blog, as a kind of record. Well, I love Leonard Cohen way too much, and I have finally got through Enslaved. While offering some clunky controls and certain drops of framerate, this is one of the most riveting and beautiful games I have ever played.

After experiencing the demo, who left me speechless and compelled me to order the game to see if the brilliance was in it for the long run, the first couple of hours tended to prove VERY formulatic. Meaning: ome new area, thriving with robots, some recon through the eyes of a Gandahar-like metal bird and then, a mix of platforming, Gears-of-waresque stealth and button mashing Double Dragon style.

First time it happens: ok, the game is cooling down after a jaw dropping, industry defining hyperspectacle moment. But then I realized this scheme was the core of the game, almost just like like every other action adventure 3D game-with-the-same-repetitive-chores since the dawn of the first Playstation.

This kind of gameplay makes me picturing the guys in front of their computers, deciding where to locate the menacing obstacles of the present area. So long for the escapism and the fourth wall stuff.

What kept me playing though were the lush environments and the hope to see some other instant classic moments shine through the too obvious, simple and repetitive goals. And well, these moments came! The story really kicks in and our dynamic duo, whose dynamic is a nod to Ico, offers more interaction than its glorious model. This time the girl talks! And she can do lots of stuff: decoying enemies, upgrading your arsenal, healing you. And while you only control one character, this relationship feels vivid and edible. 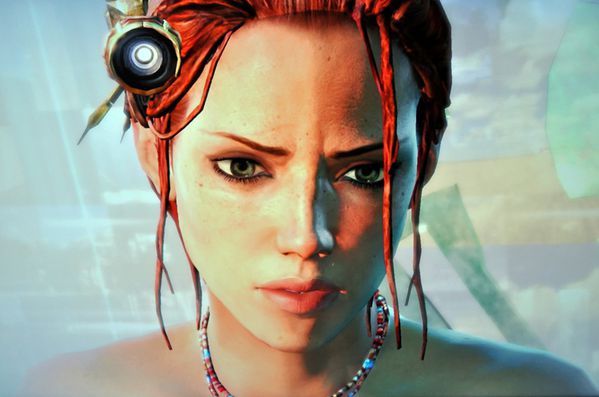 She’s sexysmart yet fragile and he’s the tender beast. She enslaves him, in order to secure the way back to her village. And thus offering an interesting take on what a couple is about. At first a brutal and unwanted decision from her part, it becomes clear, through what they have to endure and the massive achievements he has to do to save her life, that their bond is not just of "master and slave". When she finally offers to release him, he tells her to keep their now symbolic & telepathic headband piece of slavery tech on. As a way to express his feelings. “If I die, you die” becomes “If you die by my fault, I don’t want to live”. It’s that romantic and its one of the great pieces of dialogue within the game. Because apart from the core action gameplay, what makes Enslaved a standout is its world, characters, story and dialogue. It is part of the trend right now to offer characters and not just some generic toy figures. And we sense that the actors invested themselves very much to fit their roles. 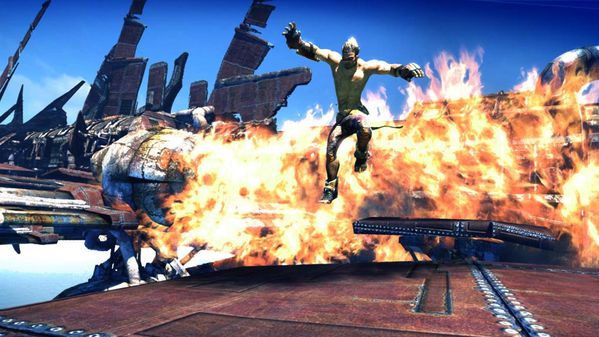 The other great asset of the game is the specific way to use what Gamespot refers to the “set pieces” parts. Most of your actions in the game, including the most brilliant and riveting ones, take place against a huge backdrop. Sometimes its just for the visual kick and scope. And sometimes it borrows from the other Team Ico game formula, Shadow of the colossus, where the big set piece IS the level, or part of it. In every case, it's breathtaking.

The game regularly throws great ideas and moments at the player. Without spoiling much of the magic that awaits you, we can evoke the "cloud" thing, the New-York bridge part, the confrontations with the "dogs", especially when one runs after you in the fashion of the box cover art. Something a bit from Indiana Jones we already experienced in Uncharted, another open reference here. But I think this time it's even done better! And theres the mill moment. You must climb and stand on the top of it while in motion. Believe me, this passage, along with the opening, is worth the admission ticket alone. Because there is this HUGE and beautiful and believable valley around to gawk at. I got goosegumps and for a couple of seconds I felt something very close to what I felt with Avatar 3D in the theater: being there, experiencing it. Feeling the wind on my skin. I did three rounds just for the sake of this.

Oh and did I mention the intertwining actions with cinematic relays? I mean it's not particularly new, but this time I thought it's clearly becoming a standard in how this kind of witty and overly dynamic transition should be played. One another major idea of Ninja Theory is to throw real, Getty images of the world (the agency is listed in the ending credits) at the player, in a Matrix/Avalon Vs reality stanza. You have to collect strange white masks which show you real pictures in a frenzy way. And while Avalon shown a world where the final stage of fiction and gaming was reality itself, here it's the other way around. Another great idea adding to the whole adventure. 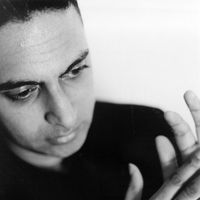 Benefiting from the involvement of actor Andy Serkis, past Gollum and soon to be Captain Haddock, co-writer Alex Garland from the Danny Boyle movies and musician Nitin Sawhney, who already scored for Ninja's past game Heavenly Sword, Enslaved clearly leads the way in terms of interactive and narrative storytelling. The player is ushered into a world that existed without him, which is a strong trick to pull us in and raise questions. If the game takes place in an I am Legend the movie / Planet of the Apes kind of version of our world, I always felt I was on another planet. And if the game never tries to hide its references, Ico, Shadow, Uncharted, Beyond Good and Evil, 1984 or Matrix, it still offers totally original and enticing characters, world and adventure. I felt it very close to Metal Hurlant and a french cartoon like les Mondes engloutis.

As soon as the industry will get rid of this remaining "area-is-a-map-with-the-same-repetitive -action" feel and put the story dynamic at the core of every action and move in a videogame, like it is done here most of the time, it will nail Hollywood savoir faire down in a way that will bring even more talent from cinemaworld. And a media that won't be called a "game" anymore, but rather an adventure. We have to write everything so everything can happen. And because I'm a person who thinks escapism is important, I felt more pleasure with Enslaved than I honestly had with the great and equally important Uncharted. It’s that enthralling. Monkey & Trip, you who ride in the wastelands on a battered motorcycle, I want more of you.